RetroPie 4.0.2 images are now available. This is primarily a bug fix release, but also includes Dolphin – a GameCube / Wii emulator (only available for those running RetroPie on a x86/x86_64 machine).

You can download a 4.0.2 image from: https://retropie.org.uk/download/. For first installs please follow the Installation Instructions. If updating from 4.0 you should make a backup first then choose Update all installed packages from RetroPie-Setup main menu. Anyone upgrading from 3.x will need to update the RetroPie-Setup script first. See the upgrade instructions on the Wiki for more details. 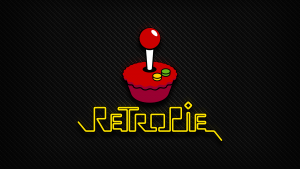 RetroPie 4.0 has arrived and with it come some major improvements to the software. It is now more modular than ever, and allows emulators and ports to be easily added and removed. There are also updates to included emulators, as well as improvements to the set-up tools to make configuration even easier.

Highlights of this release include (full changelog below) :

You can download a 4.0 image from: https://retropie.org.uk/download/. If updating from a previous version you should make a backup first, update the RetroPie-Setup script, then choose Update all installed packages.

Installation Instructions can be found at https://github.com/RetroPie/RetroPie-Setup/wiki/First-Installation. Users of RetroPie v3.x can upgrade to the latest version by following the upgrade instructions on the Wiki.

NOTE: Some people have been having trouble with the XBox/XBox 360 controller driver xboxdrv on the current Raspbian Kernel. To work around this we now include the latest xpad kernel driver with the image (it is available from the Packages -> Drivers menu for those upgrading). The included xpad has been patched to map the Xbox 360 triggers to buttons, so they work out of the box with Emulation Station, without the need for xboxdrv.

Big thanks to everyone who has contributed to this release. Thanks also to our excellent web hosts Mythic-Beasts who are sponsoring us with our hosting. The performance and connection speed is great. We highly recommend them if you need a decent hosting solution backed by expert support. 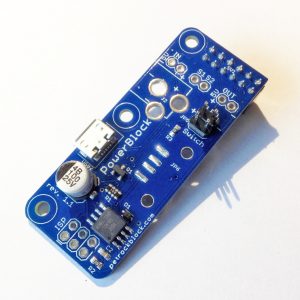 Do you need a power switch for your arcade project? The PowerBlock is a power switch solution for the Raspberry Pi that lets you safely switch on and off your machine such that you do not have to worry about data loss or corrupt file systems. And the PowerBlock recently got an upgrade. 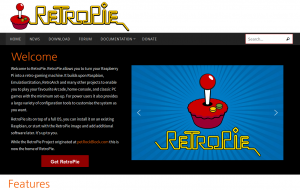 Although the old site living under http://blog.petrockblock.com has served us well over the last years, the forum was becoming increasingly slow, and the project really needed its own presence.

Hopefully you will like what we have come up with – a simple site with general info, and a new forum running off nodebb – which is not only fast, but also works much better on mobile devices.

The old forum posts have not been moved, as we decided it would be better to start with a fresh layout, and it would have made the migration far more complicated. You can however access the old forum via http://blog.petrockblock.com/forums/forum/retropie-project-forum/.

Thanks to our excellent hosting company Mythic-Beasts who have sponsored us by providing additional resources and bandwidth. You can find out a bit more on our Hosting Information page.