The Nintendo Entertainment System (NES) is an 8-bit home video game console that was released by Nintendo in 1985. This console officially ended the video game crash of 1983-1984.

If you want Famicom Disk System as a separate system, see the wiki page HERE

Accepted File Extensions: .7z .fds .nes .zip - make sure your roms have headers. Roms without headers will not work. If you want to use PAL roms, make sure they contain (E) or (Europe) in the filename, or else they may be run at the wrong speed.

Place your NES Roms in

NOTE: lr-fbneo expects the game roms to be in .zip/.7z archives named in a similar fashion to arcade romsets, so the filenames of the roms is important. Use a romset validation/building program like Clrmamepro or RomCenter to have the correct filenames, using the FBNeo NES DAT file file and a No-Intro NES ROM collection.

Change the Core Option for Turbo Enable to the player(s) you desire. You can also change the Turbo Delay (in frames) (default is 3). See Setting Core Options.

Overscan is the part of the game field that is typically hidden behind the margins of consumer CRTs. However, you may want to enaable it for some games if anything seems cropped.

Add this to your /opt/retropie/configs/nes/retroarch.cfg file. Make sure that this is placed above the #include line.

Support for emulating a Game Genie cartridge is available in lr-fceumm:

After enabling Game Genie Add-On core option, launching a game will cause the Game Genie boot screen to appear. Codes can be entered with the gamepad (as on real hardware): D-Pad to move, A to select, B to delete. Pressing the Start or Select buttons will load the game with the cheat code applied. 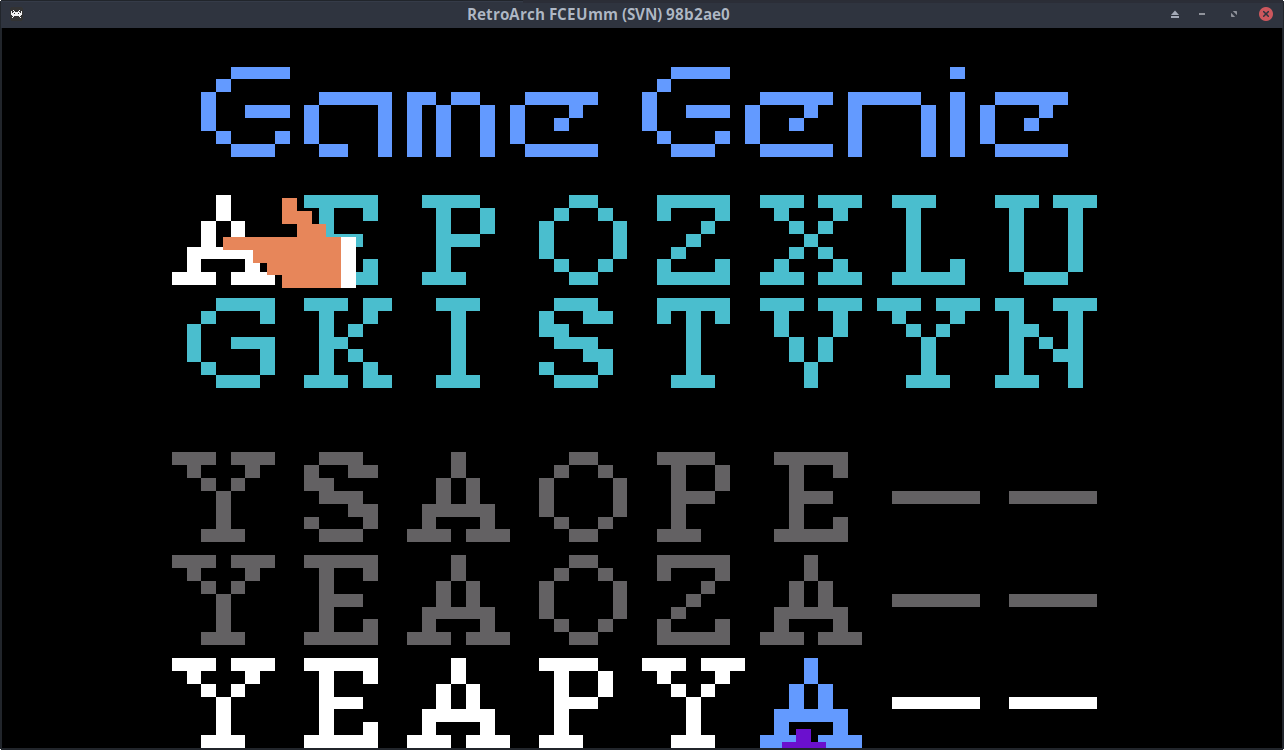 A list of known Game Genie codes can be found at the gamegenie.com site.