In RetroPie, the libretro emulator cores are identified with a lr- in front of their name. For example, lr-snes9x2010 is the libretro core of the SNES emulator called snes9x2010.

For emulators which are not libretro cores, there are emulator-specific configurations under the respective system's wiki page.

When you configure your controller in EmulationStation, the RetroPie setup script automatically configures RetroArch with the same controls.

RetroArch controls map real-world controller buttons to a virtual controller called a "RetroPad". A RetroPad does not exist in real life, it's a concept only within RetroArch. A RetroPad has an ABXY layout like a SNES controller plus four shoulder buttons and dual analog sticks like a Sony DualShock.

As RetroArch starts an emulator core, it maps the RetroPad configuration to the emulated system's original controls. The mapping for many consoles is represented by the pictures below and on each system's wiki page. If you wish, you can reconfigure this control mapping, either for all RetroArch, for a specific system, or even for a specific ROM.

There are 3 main ways to configure input for RetroArch:

RetroArch controls have been integrated into EmulationStation and will be the first thing you see when you boot from the RetroPie SD image the first time. You can also access it from the start menu within EmulationStation under the Configure Input option. Your joypad is automagically configured for libretro (RetroArch) emulators when you configure your controller in EmulationStation. You'll know if your controller has been automagically configured if you see a flash of yellow text on the bottom of the screen with your gamepad ID when you start a game.

The following diagrams are for the 3 most common controllers: Super Nintendo, Xbox 360, and PlayStation 3. They can be used as a reference when configuring your controllers. Each emulator page on the wiki has a diagram of the original controller for its respective console that will correspond to the same inputs listed below. 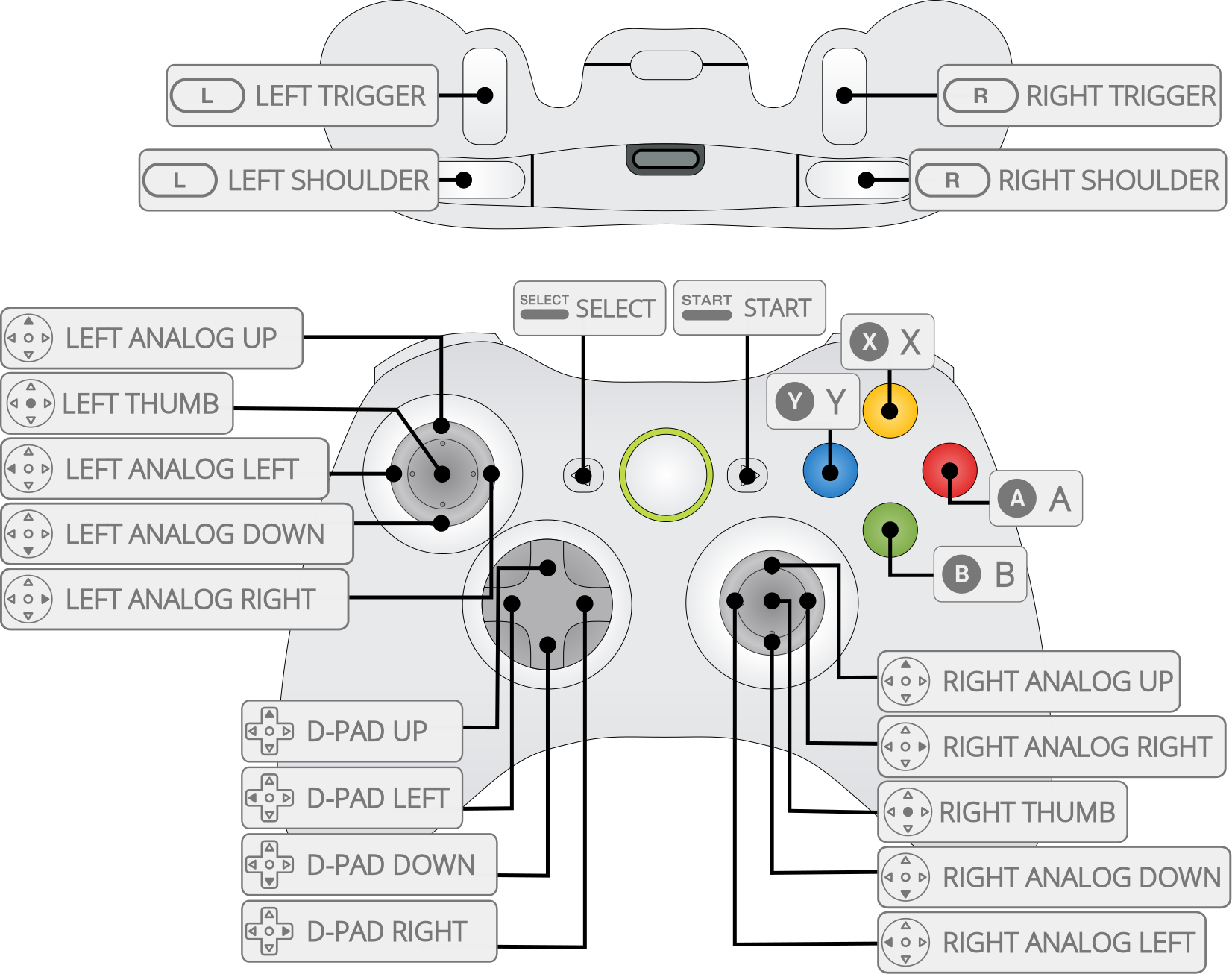 After you've configured your controller the autoconfig will be created here:

This is an example config for a USB SNES controller

As seen above in the config for the USB SNES controller, each input on the controller has an associated value. When setting up the controller in EmulationStation, these values are then assigned a respective action on RetroArch.

Hotkeys are combinations of buttons you can press in order to access options such as saving, loading, and exiting games. The following defaults are set automatically the first time you set up your controller from EmulationStation (the numbers will vary depending the controller you use).

If you want to edit the entries in the .cfg file for your controller, you will need to know the values corresponding to the buttons on your controller. Usually the relationship between the two can be deduced by looking at the file and noting the entries' names along with the values next to them, assuming that the values have not been jumbled from previous edits or been mixed up due to unknown issues. For example, the USB gamepad above has an entry for input_x_btn = "0", indicating that the "X" button on the controller (or the button that you associated as "X" during controller setup in EmulationStation) has a value of "0."

On the other hand, maybe you are not sure if the values in the .cfg file is correct or the file is missing entries for buttons that are available on your own controller, such as a "Home" button. You can run jstest (joystick test) in the terminal by selecting Quit EmulationStation (a keyboard will be required for the following steps).

A multitude of rows and columns should appear. Pressing buttons or moving analog sticks/joystick will cause various entries in the columns to swap between on and off and fluctuate through a range of numbers. The value next to an on/off entry corresponds to the button that you have pressed. The fluctuation of numbers from -32767 to 32767 correspond to the input on your controller that has a range of motion, such as analog sticks/triggers.

Using these values, you can edit the .cfg file for that controller as needed. For example, if you were interested in switching the your Hotkey button to a "Home" button available on your controller, you would edit input_enable_hotkey_btn = "some number", replacing "some number" with the value you found for your "Home" button in jstest.

These configurations are manual edits you can make that are locked to a specific libretro core and controller. Hardcoded controls can be configured either globally, specific to the emulator core, or specific to an individual game.

All RetroArch based emulators can be configured in the following way:

Global settings - that are settings which should apply to all systems - are done in the file:

System-specific settings are done in the files:

Here, SYSTEMNAME is atari2600, snes, etc. All settings in these files will override the corresponding global setting as long as they are placed above the #includeconfig line.

ROM-specific settings can be created in the runcommand menu and show up as configuration files by ROM title:

The ROMNAME includes the original file extension before the .cfg, e.g. supermariobros.zip.cfg These configurations are used when starting this specific ROM.

Note the values below are for one person's controller, your values may differ. Make sure that these values are placed above the #includeconfig line:

Core Input Remapping differs from the other two methods as it remaps how the core receives input rather than how the gamepad is coded, for example you can tell the snes core to switch button A and B on the controller for gameplay, but you can still use "A" to select in the RGUI and "B" to go back where as hard-coding would make B select and A back. Core Remapping is much more practical than hard-coded mapping but is limited to the cores that support it.

Remaps are saved as .rmp files in directory: 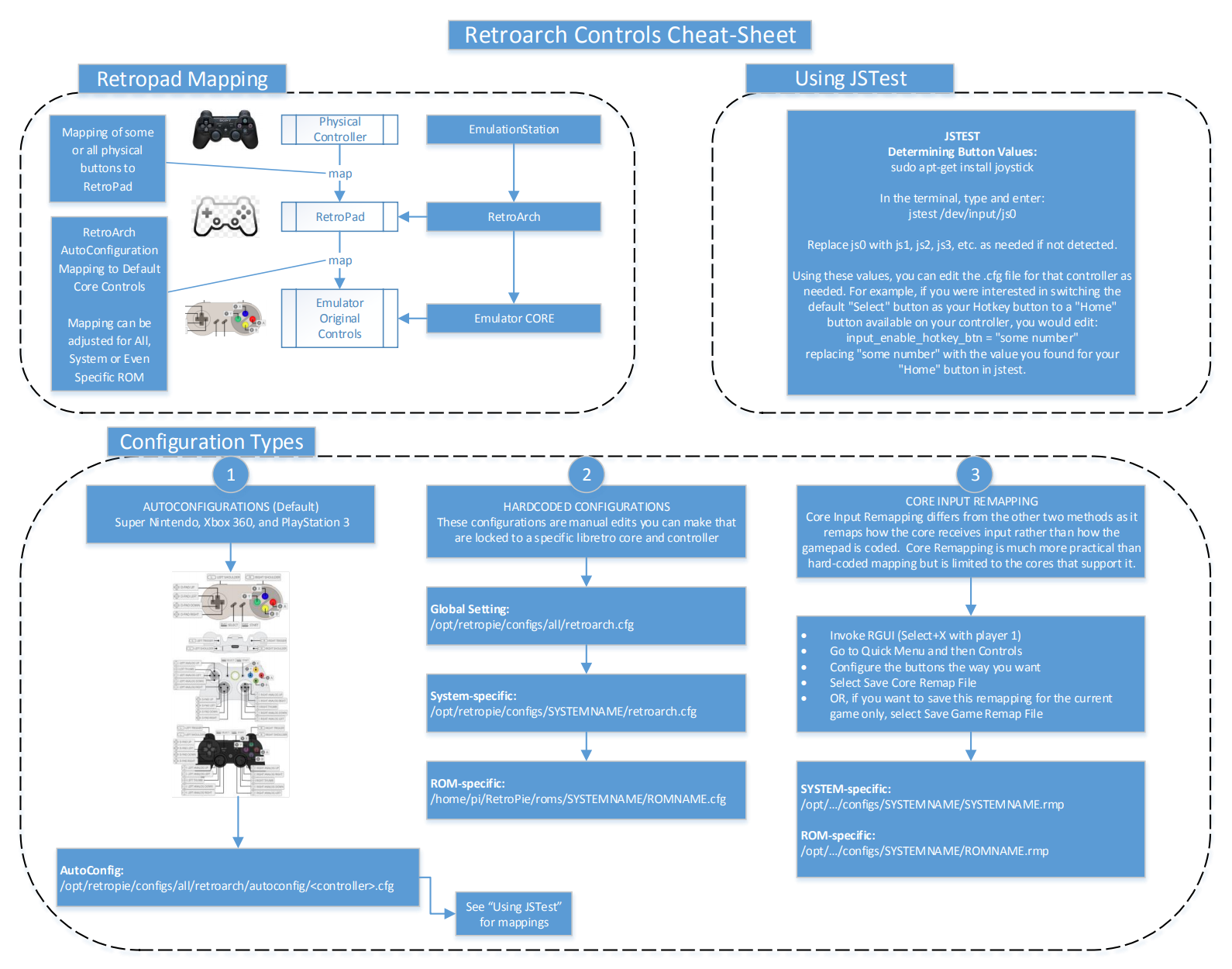 Default Core Controls for All Emulators 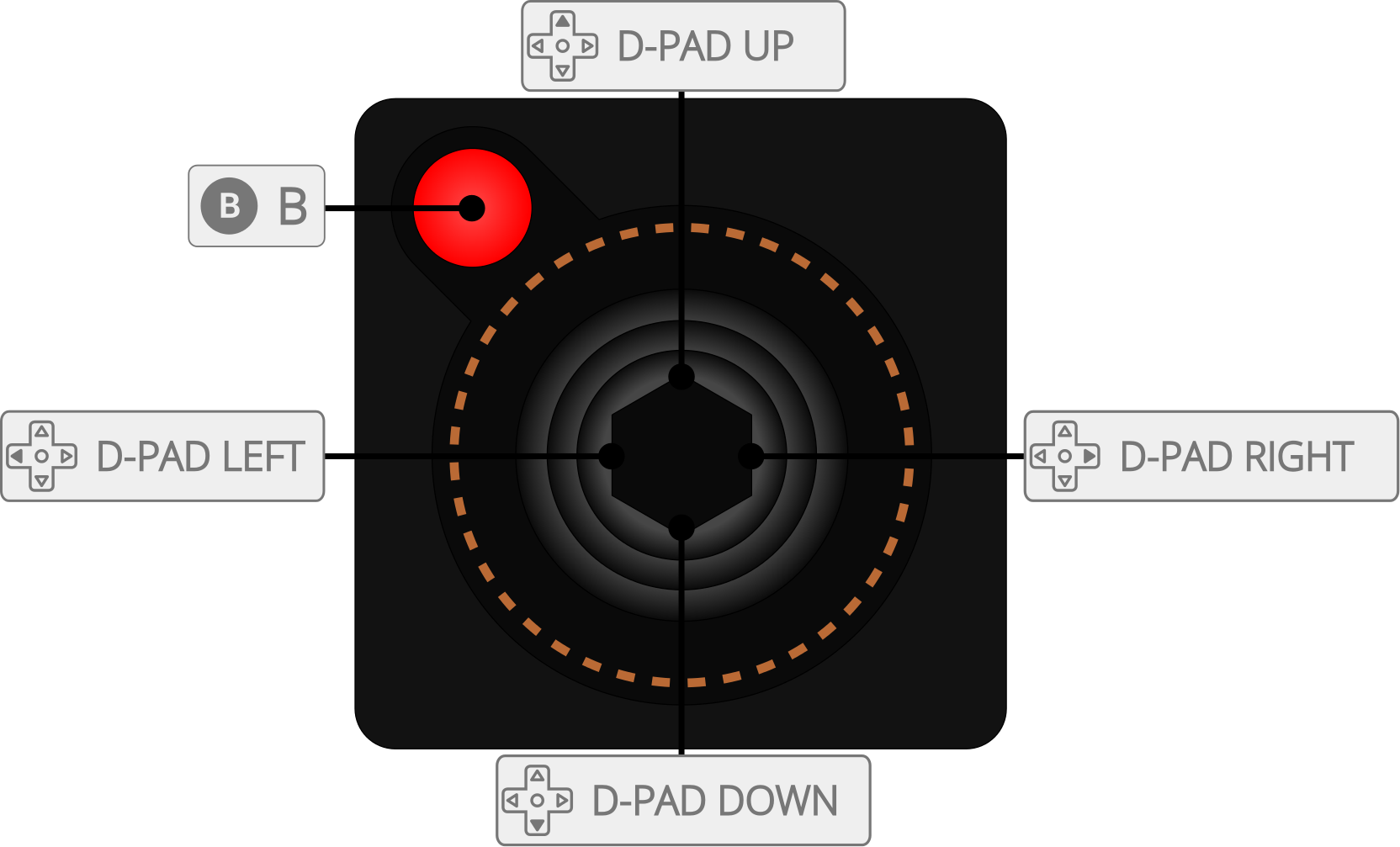 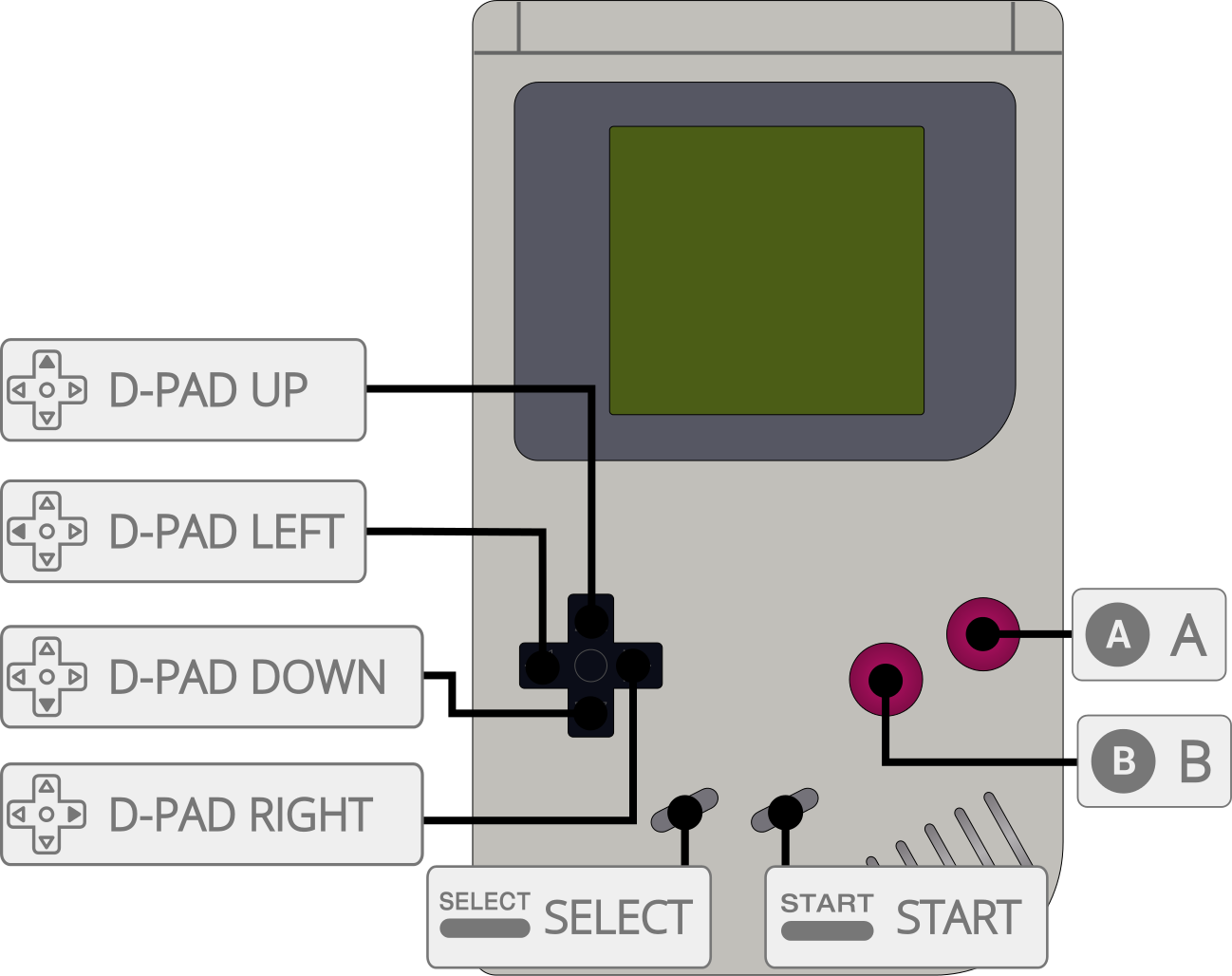 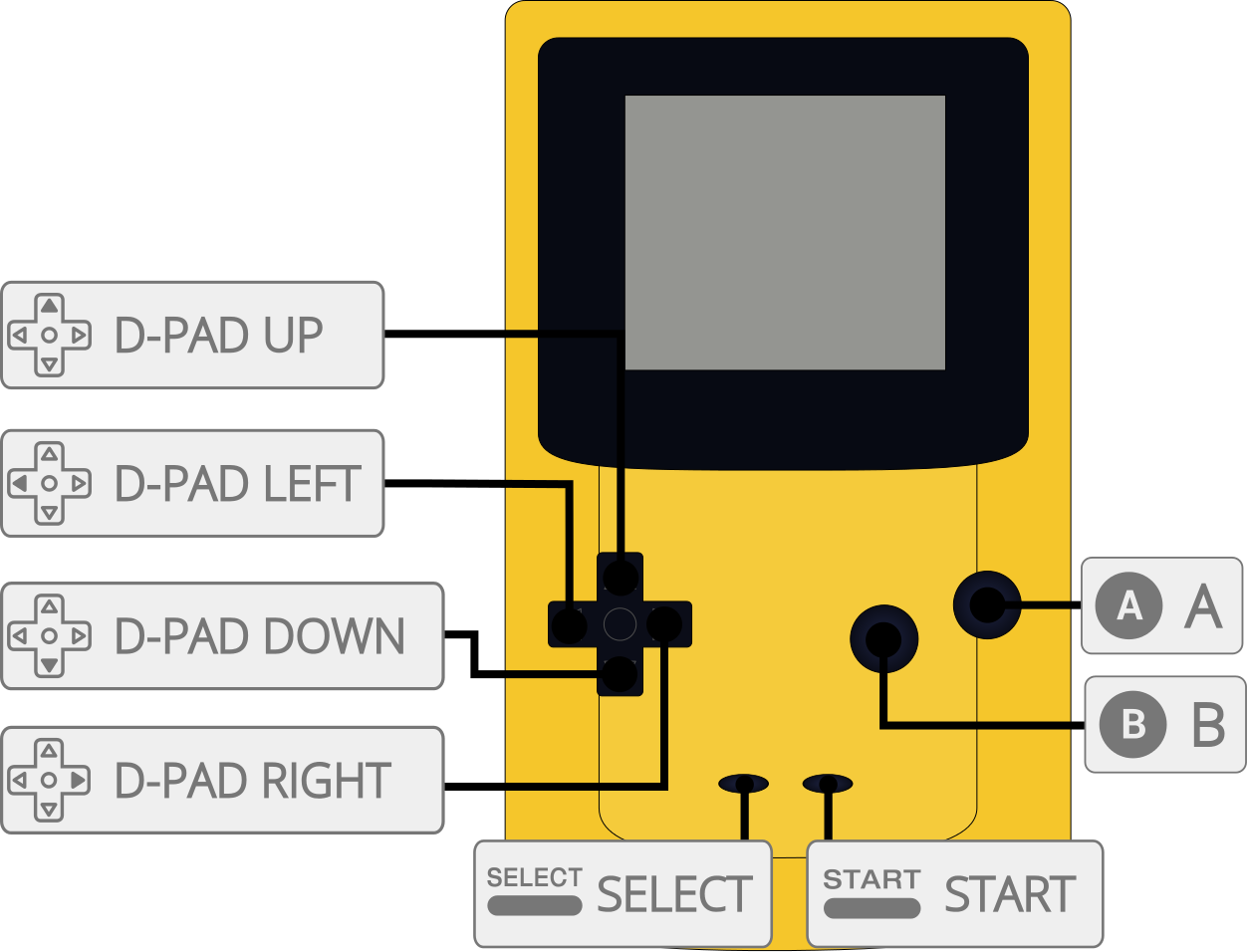 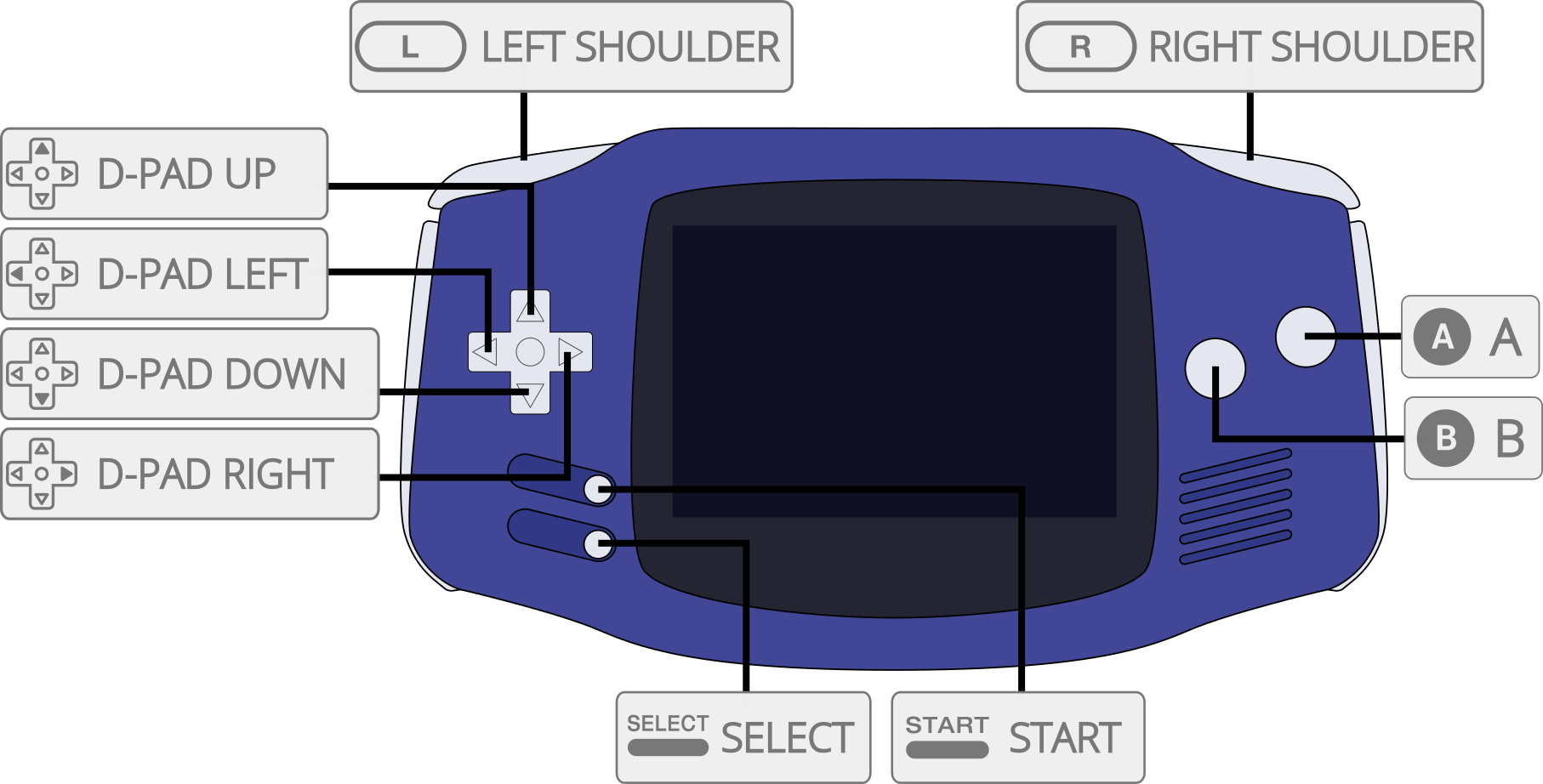 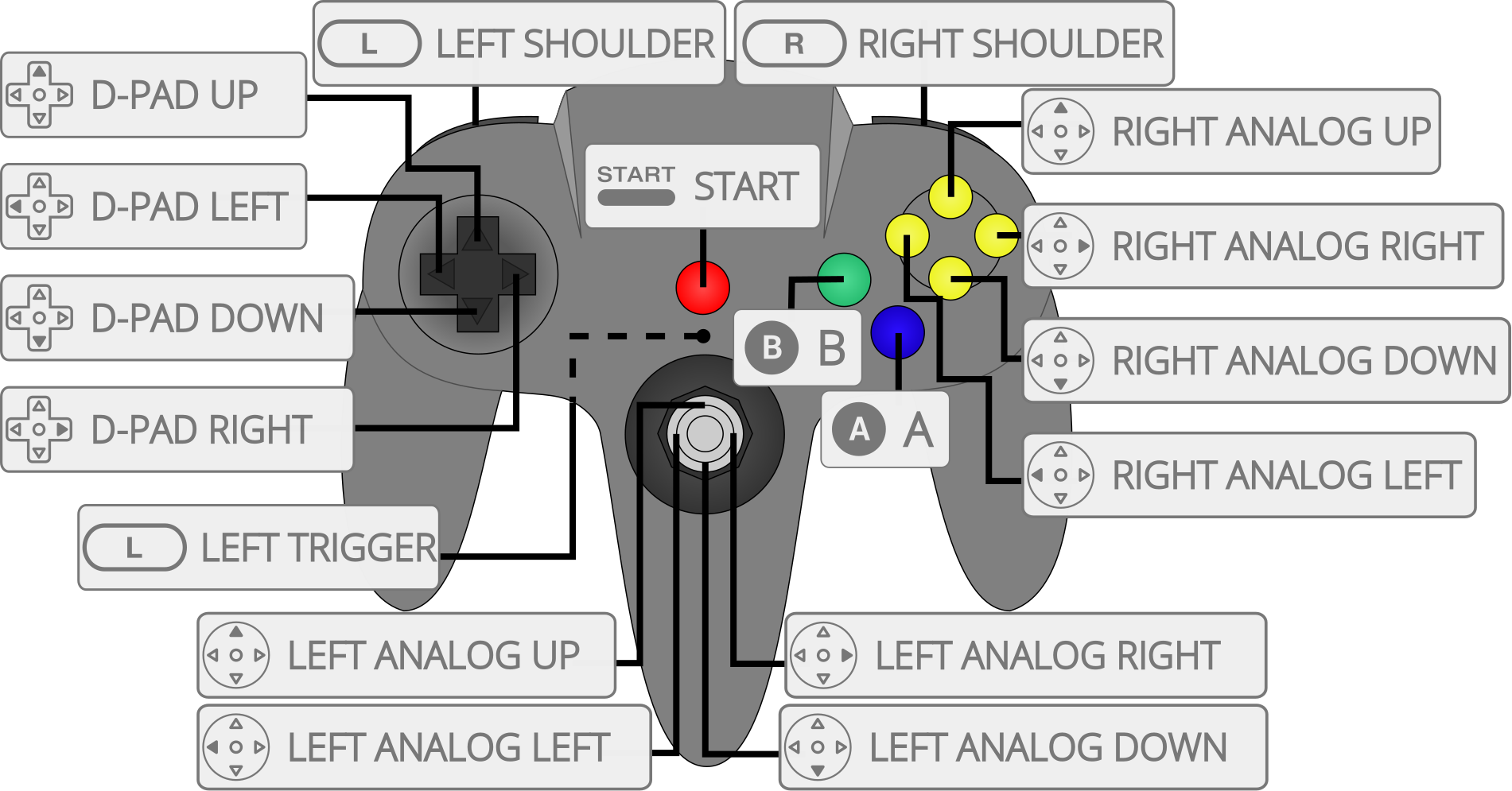 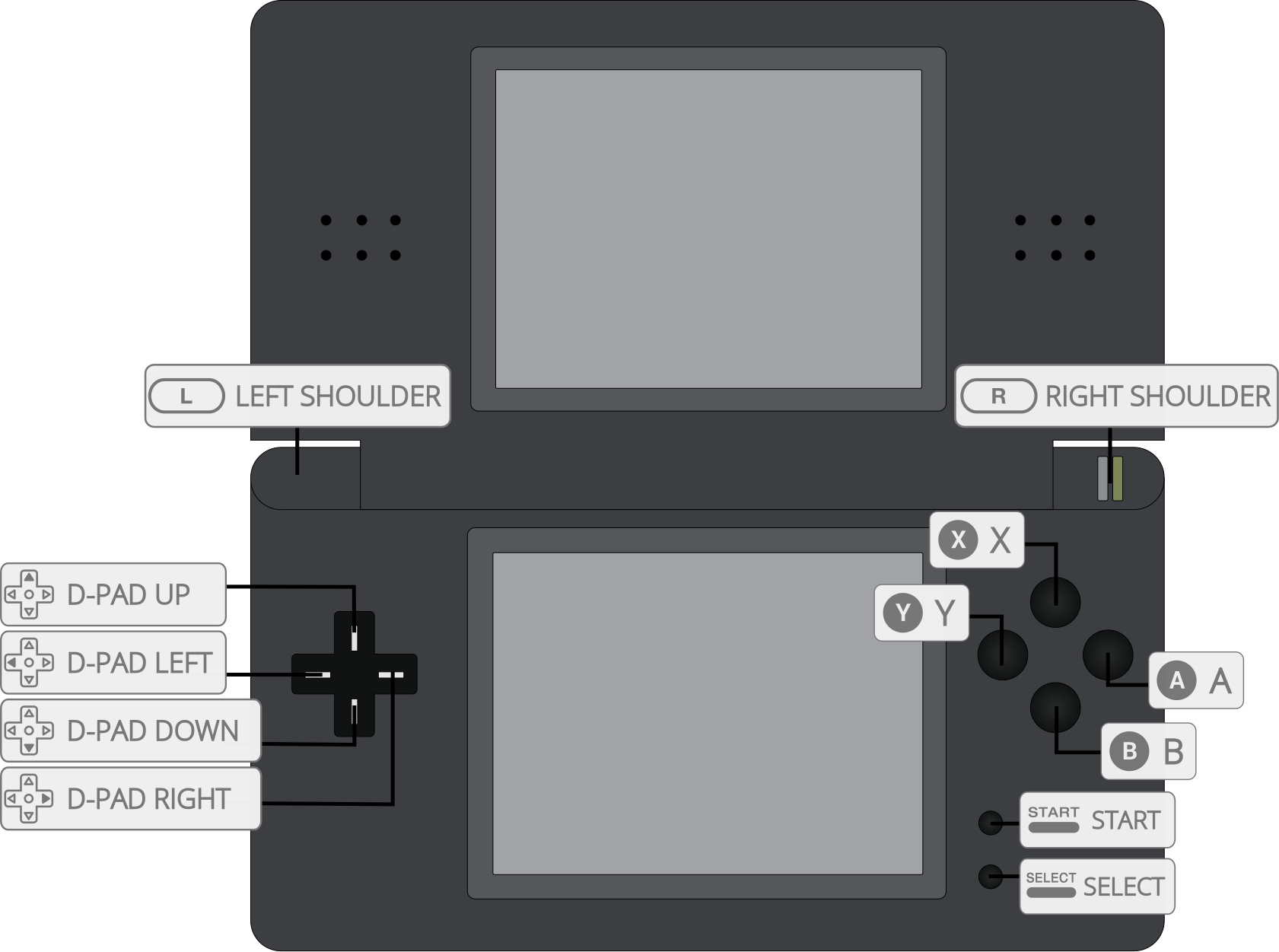 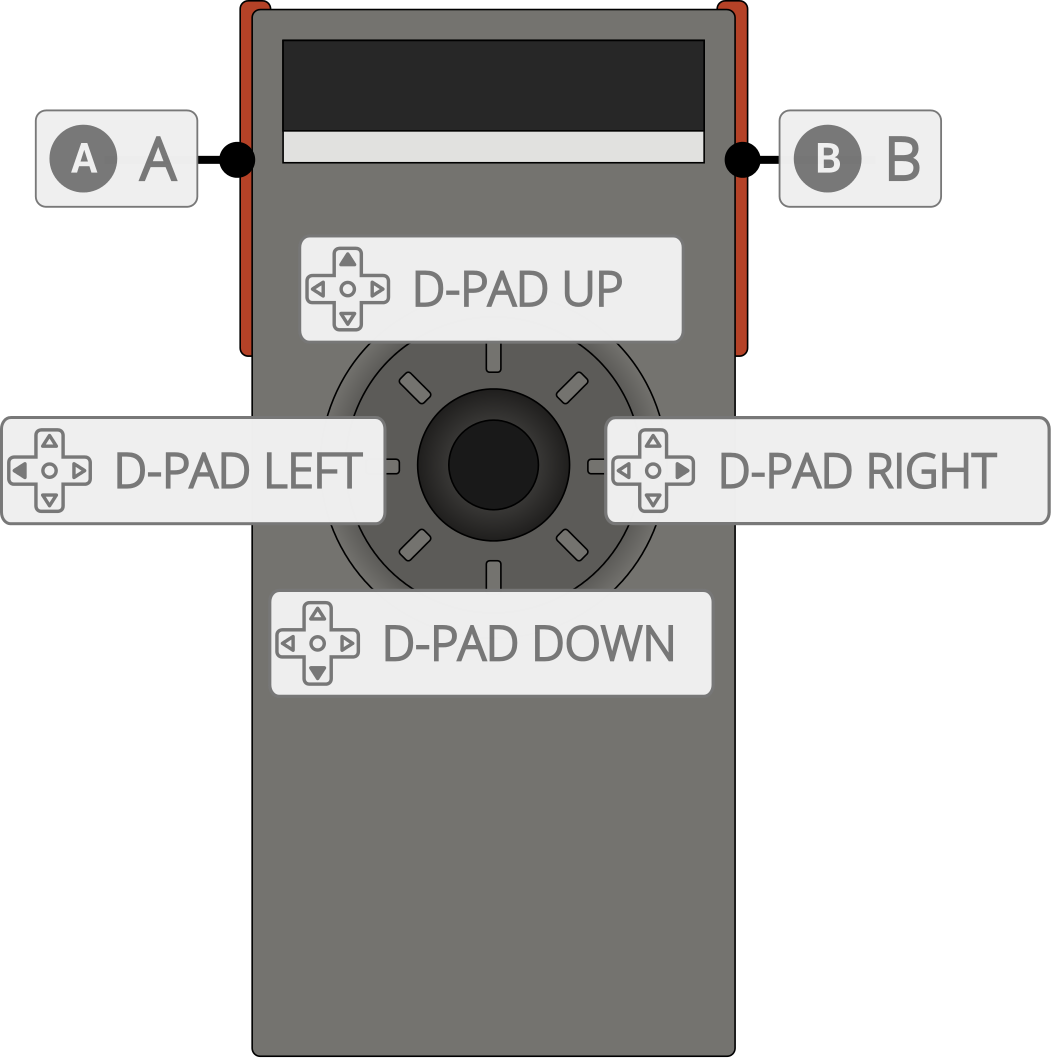 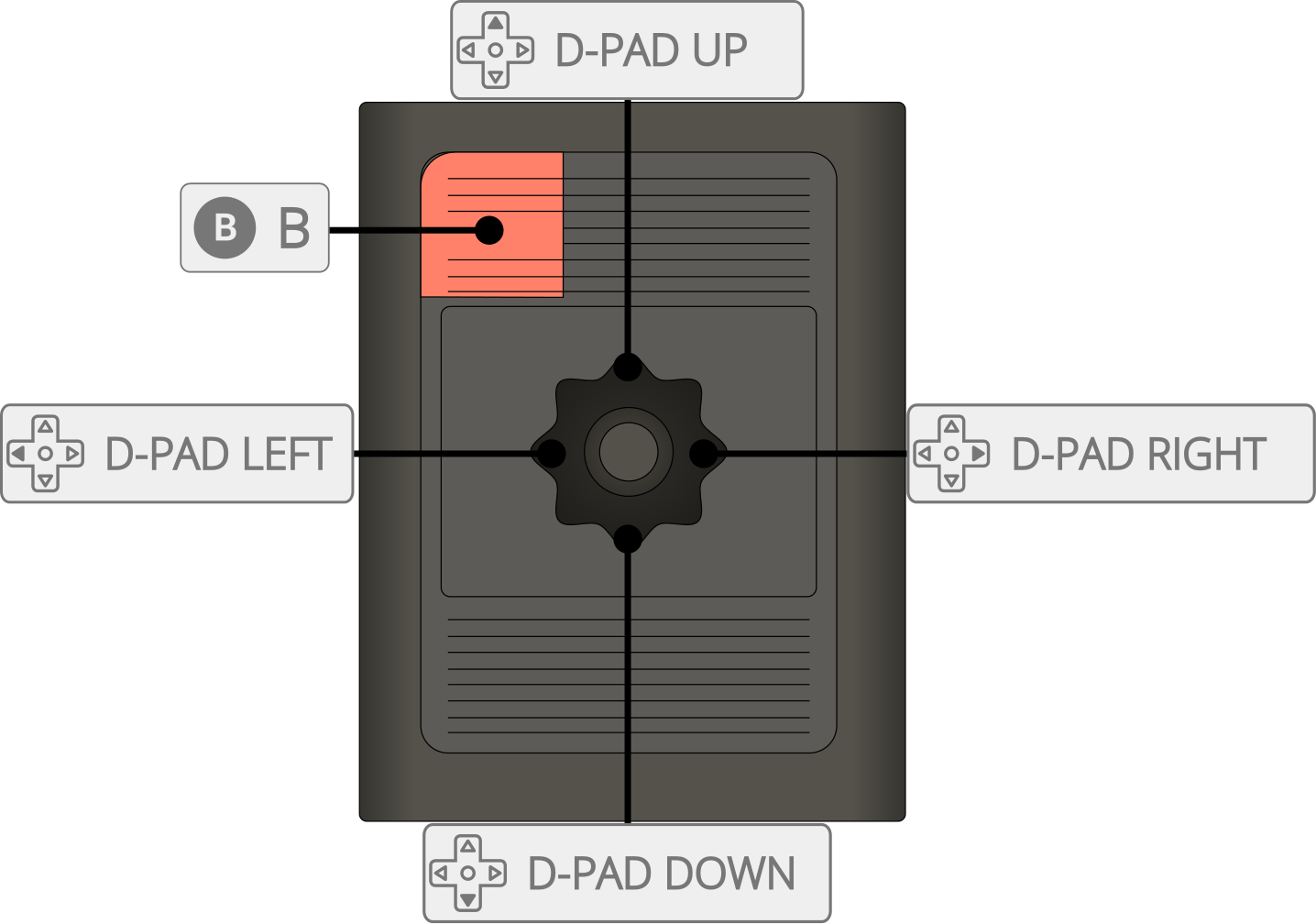 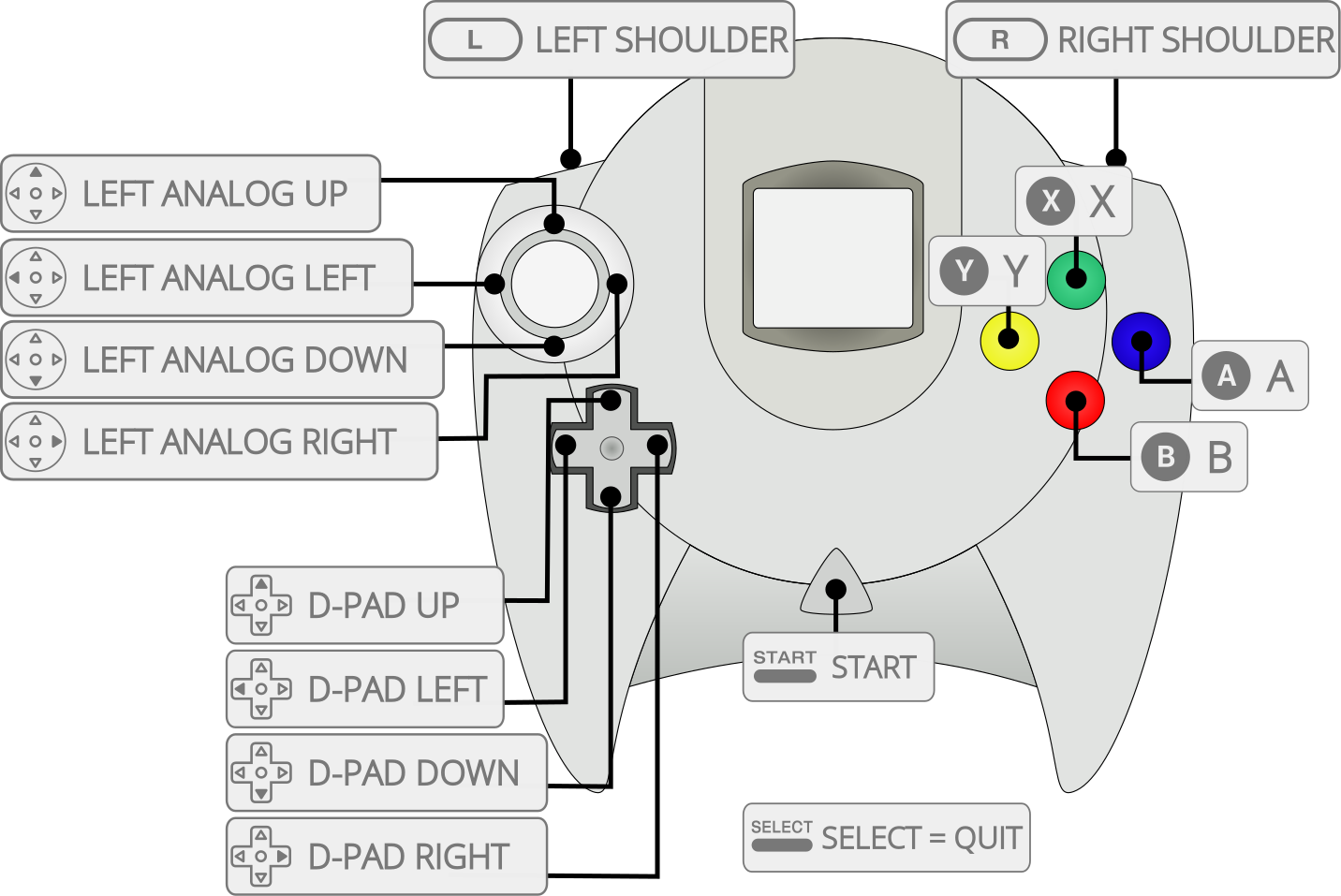